Ghosts, abducting aliens, and other mysterious entities are often experienced at home at night when you try to sleep and in bed — not during your lunch time or while buying grocery and meat at the supermarket.

There’s a psychological reason why these experiences often happen at night: We are more likely to be tired, drowsy, and sleeping. Medications, and even simple fatigue, can create mild hallucinations, what psychologists call waking dreams and hypnagogic experiences. They are harmless and common (especially as we drift to sleep), but can impair our perceptions and create experiences that never happened.

If ghosts (or demons or other undead entities) exist, why can’t they make their presence more obvious? Why do they limit themselves to mundane phenomena that can be explained by ordinary means, instead of doing something spectacular and unmistakably supernatural? They are only interested in making floors creak, lights flicker, and doorknobs rattling.

GHOSTS are a trick of the mind when the brain is still half asleep, according to leading experts. Since the dawn of mankind, people have claimed to have been visited by ghosts, spirits and demons. Coincidentally, the majority of people will say that their paranormal experience had occurred in the dead of night. Paranormal experiences are nothing to do with ghosts, but to do with one’s sleep patterns.

There are several ways in which sleep disruption can be confused with ghosts. One of the ways is through sleep paralysis – when you reach the deep sleep state, or REM state, where you become paralyzed as to not act out your dreams. However, around eight percent of people retain some form of consciousness when they are in an REM state so it seems as if their dreams are transferred into real life and it could be misinterpreted as seeing people and things which are not actually there. Another possible explanation is something called exploding head syndrome where a loud bang is heard while you are drifting off, but there is no explanation for it.

“When we fall asleep, the reticular formation of the brainstem (a part of our brain involved in consciousness) typically starts to inhibit our ability to move, see and hear things. “When we experience a ‘bang’ in our sleep this might be because of a delay in this process. Instead of the reticular formation shutting down the auditory neurons, they might fire at once.

I’ve visited many haunted places alone. I’ve examined “ghost photos” with a wide variety of photo-enhancement technology. I’ve snuck into decrepit, abandoned buildings, where spirits of the dead supposedly linger. I’ve taken out the Ouija board, and chanted “Bloody Mary” into a mirror. And still no damn moment of ghostly contact. But, if you are doing these investigations alone, you may land in real trouble. At the end of my research I landed in hospital  and have to take medications to come out of it. At a particular age, we think we are very brave and some will try to test their bravery end up doing ghost hunting by going to known haunted places. Also, IF YOU BELIEVE IN GHOSTS, YOU’LL SEE A GHOST. 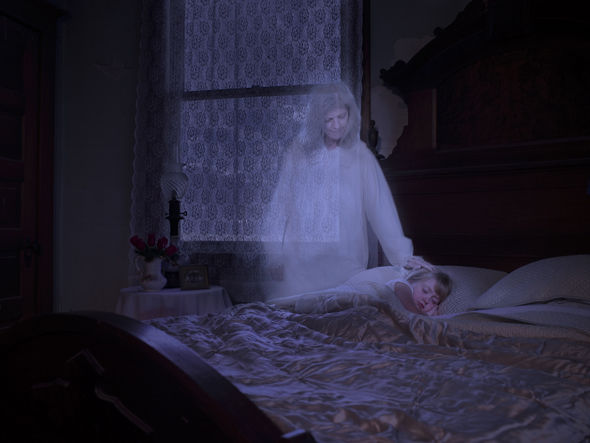 Enough people have claimed to have seen or “felt” ghosts that there has to be something to it. But, Ghosts do not exist. There’s no evidence the blurry visages people claim to see are actually manifestations of people who have died. If there were legitimate proof, scientists would pounce on the chance to prove life after death was real. But that lack of evidence still doesn’t account for the fact that enough people claim to see ghosts—with the vast majority of them not attempting to monetize this claim—that all can’t possibly be fraudulent assertions. Many of such incidents were the result of “delusional insanity.” This laid the general groundwork that scientists should focus on the brain in order to locate a cause for spiritual occurrences. And many studies have shown that schizophrenia as a possible cause.

Schizophrenia affects more than one percent of the global population, as many as 51 million people, which makes it large enough to account for the breadth of ghostly claims. And while the symptoms that lead to diagnosis are varying, there are a few checkpoints that align perfectly with the feeling of ghostly presences, particularly audio/visual hallucinations and delusional thinking.

They may be having activity in three areas of the central cortex that deal with visual input, memories, and perception. “These areas give you representation of your body”.. “They give you the feeling that you are a specific body.” When that sensory process is fudged, your brain makes the assumption that there’s someone else in the room with you. Also “Feeling of Presence has specific characteristics,” “If the patient was standing, the presence was felt standing. If the patient was lying down, the patient felt as if the presence was lying down.” Knowing where the brain is malfunctioning is the first step toward fixing it. 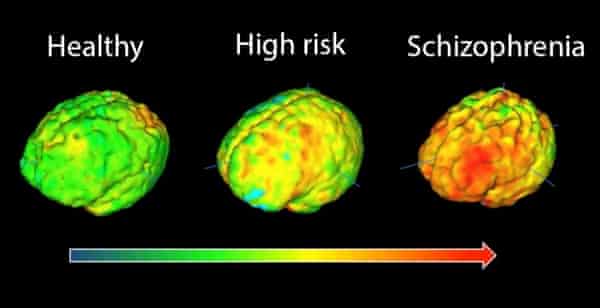 But ghosts & ghosts presence are never going to die. Mental Health and the Paranormal are very much related. There are many so called Ghost Hunters who is doing good business out o this and fool these patients. Many paranormal researcher and Ghost Hunters are using lot of apps and tools, from which they make good money.

Recently you should have heard of the news ,Sushant Singh Rajput’s Spirit Video released by Steve Huff. This is how people were fooled by this Paranormal Expert and all others.

Actor Sushant Singh Rajput‘s death made people realize the power of their voice, and the strength in unity. However, it also led to many roaring speculations, conspiracy theories, and harassment of people who had no apparent connection with the case. A video in July went viral when paranormal expert Steve Huff claimed that he talked to SSR’s spirit. 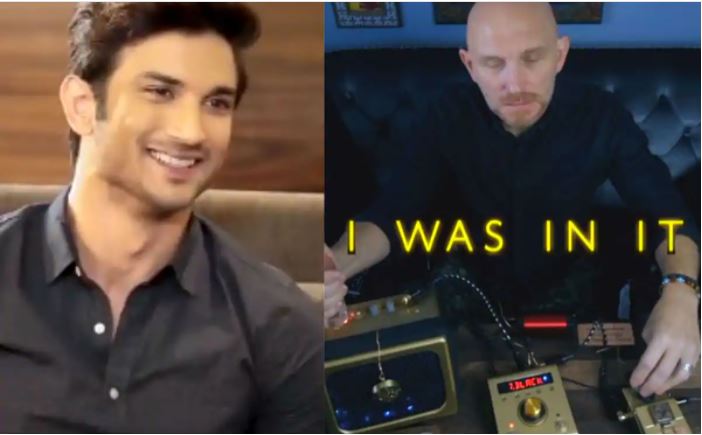 The video was watched by many and was shared immensely on social media. Many fans of the actor believed the video and Huff’s claims about talking to the actor’s spirit. However, turns out, the video was fake. An Instagram video shows how a few statements made by the late actor in his interview with Anupama Chopra were distorted to look like SSR’s spirit video. The video shows how the late actor’s words in the interview like ‘has to do with my experiences’ were made to sound like ‘has to do with mike’, or ‘my exploring’ turned into ‘mind is growing’ in Huff’s video.

The paranormal expert asks the alleged spirit to share a message for his fans and questions “Are you in the light?”, to which a voice is heard saying, “Tell Steve I am getting the light.”

In the second video, when Steve asks the alleged spirit if he wants to say something before they close the activity, a voice is heard saying, “Want some love”. When Steve asks, “Sushant, can you tell me what happened before the night of your death,” he gets an answer – “Big arguments with men”.

“Did someone murder you? Do you remember how you died?” and the voice says, “They brought nails.”

It’s easy to lure people using superstition for one’s personal interest and when public sentiments are associated with an issue, most people try to cash in on it for individual gains. We wish this video opens some eyes!

So , do you Want to Bust Some Ghosts? There are lot of Tools & Apps for it. No matter which type of ghost you’re hunting for, there’s a tool or an app to help you be a ghost hunter. Most of the ghost hunters & researchers are based in US and they sell lot of such tools online on Amazon.com and make good money by fooling innocent people. Couple of  such products which are available online in Amazon.com are shown below:

Some of the Ghost hunting Apps available in Google Play & Apple Store are shown below : 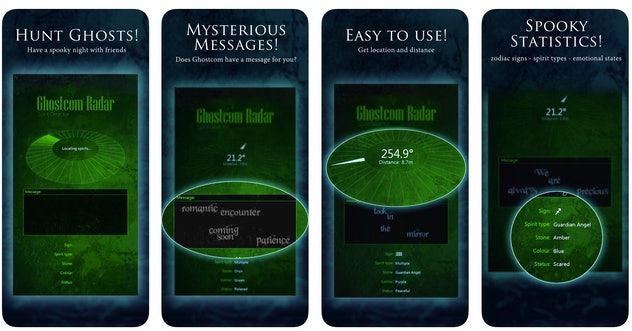 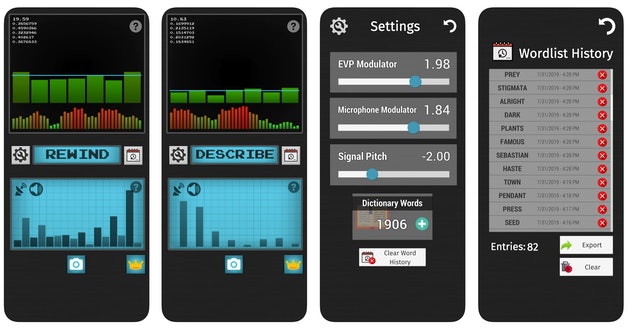 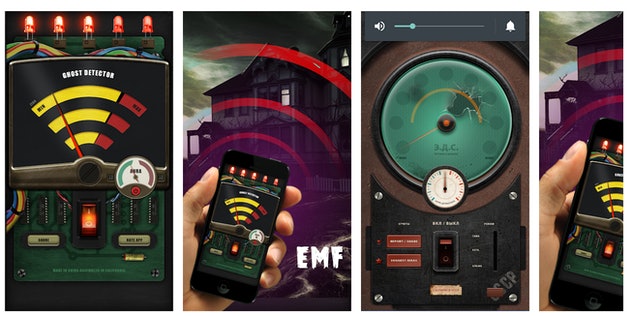 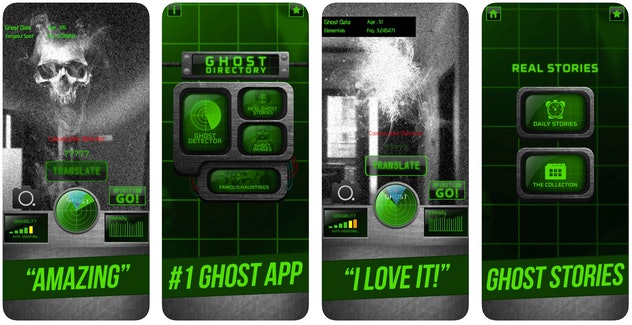 So, my advise will be , though all these products are fake and doesn’t do anything you expect, it’s always good to ghost hunt with a friend because you never know what you might find. May be you should  be the first person in the whole world to see a real GHOST. Best of Luck. Happy Ghost Hunting…