October 2nd, the birthday of Mahatma Gandhi is also marked as “The International Day of Non-Violence”. The Khadi production wing of Gandhigram Trust also celebrate October 2nd as Khadi Day. Imagine a country using a fabric of cloth to start a freedom movement. Well, Indians made that possible.

The khadi movement that was initiated by Mahatma Gandhi not only promoted rural self-employment and reduced dependency on other countries but was a masterstroke against the British Raj. Even our Prime Minister, Narendra Modi, termed khadi not as cloth, but a ‘movement’ which should be taken forward as a campaign. The word ‘khadi’ is the Sanskrit translation for “cotton,” and refers to any handspun cloth. However, over the years, there has been a decline in the number of khadi products available in the market.

The term ‘Khadi’ basically relates to handspun and handwoven cotton fabrics though silk and woolen Khadi products are also manufactured and marketed.

The Khadi movement in India was initiated by Mahatma Gandhi during the British rule which was aimed at boycotting foreign goods including cloth. During those days it involved using a spinning wheel known as Charkha to spin the yarn from cotton. 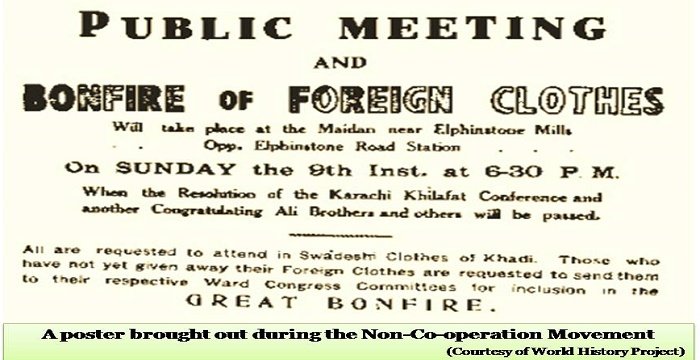 Charkha had always plied in India homes , the excavation at Harappa shows that the charkha was a part of the Indian household . The Vedic Aryan also used charkha. 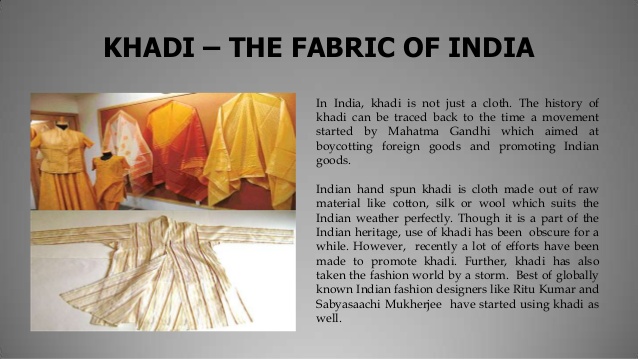 During Swadeshi Movement , Indian were asked to boycott British goods. Later on after 1905 the movement took place in whole of the country. But Khadi was still not in vogue. Gandhiji discovered in the spinning wheel, panacea wheel. By 1921, Khadi become a part of the national movement. Gandhiji advocated khadi as the only true “Swadeshi”. He also said “Swadeshi” is the soul of “Swaraj”, khadi is the essence of Swadeshi. Khadi, became the livery of freedom . 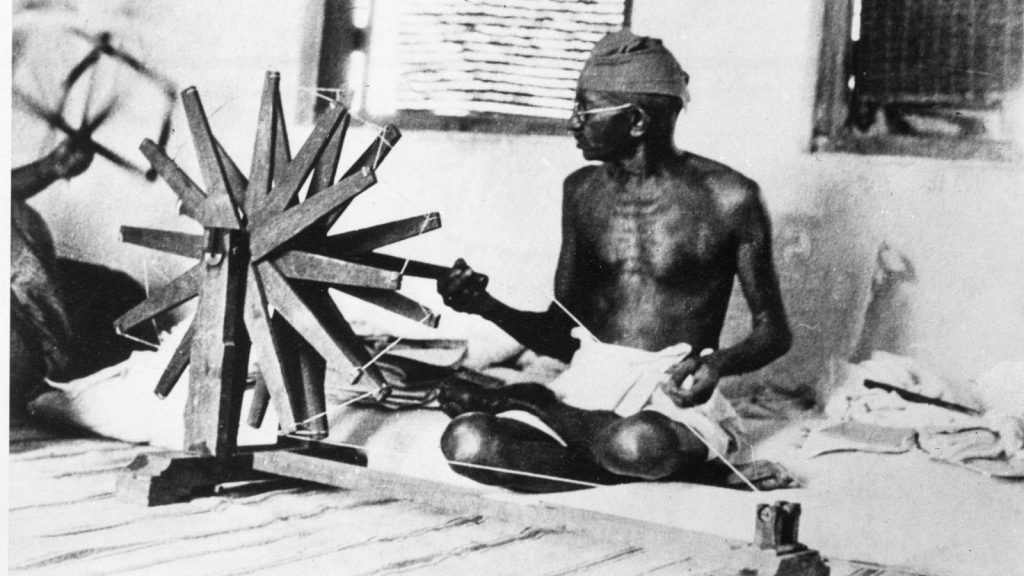 Khadi also known as khaddar is an Indian fabric. It is the made with the help of charkha. Basically, by spinning the threads on charkha. Khadi gained momentum under the guidance of “FATHER OF OUR NATION MAHATMA GANDHI”. The main motive of khadi manufacturing was to discourage Indians from wearing foreign clothes. Khadi now has its way in almost every wardrobe of trendy people. there are various kinds of khadi like khadi silk, khadi wool, and khadi cotton which makes it more likeable and fashionable. 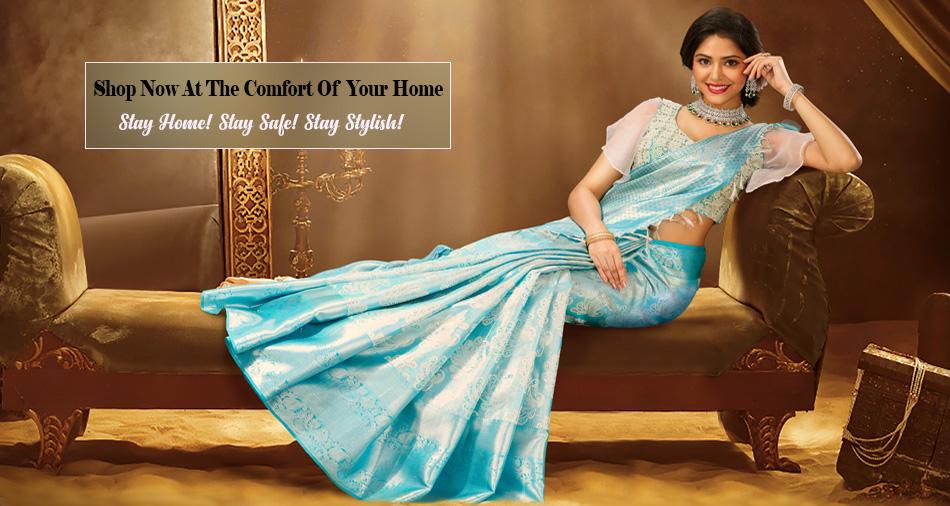 Clothes for a Cause

Many of the clothing superstores of today use cheap labor in other countries to keep their costs down, but the problem arises when they use children and others who work for a wage that simply isn’t sustainable. Rather than taking advantage of the less fortunate, at DMZ International, we offer clothing that is handcrafted by expert crafters in rural India. When you buy our clothing, you’ll put honest, hardworking people to work.

In addition, because our products are created by hand, the environmental footprint is minimal. If you’ve gone green in every other area of your life, you should think about being environmentally responsible in your clothing choices, too.

Wearing eco-friendly clothing brands is a great way to create your own unique style and at the same time, support an industry of hardworking crafters rather than corporations who sometimes take advantage of the less fortunate. What’s your style? Why not come and check us out at Divine Ray and find out how our clothing brand can make you stand out from the crowd.

Our brand “DMZ International” is keen in promoting Khadi online and trying to revive the movement started by Mahatma Gandhi in 1920’s. Also, now in 2020 as well, our Prime Minister, Narendra Modi, termed khadi not as cloth, but a ‘movement’ which should be taken forward as a campaign. Promoting #Khadi will Not Only boost India’s Economic Growth, But also it will create New Employment Opportunities even in rural areas. 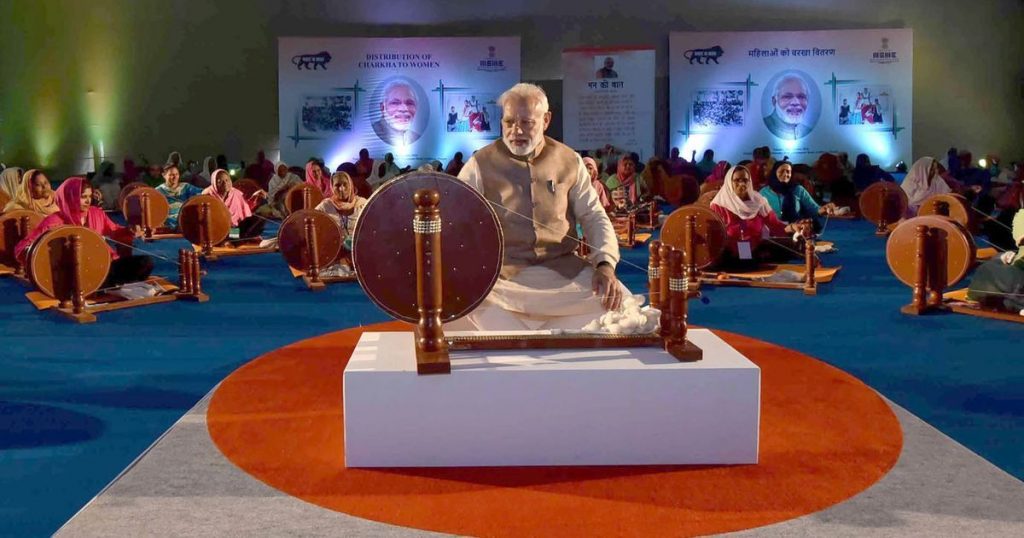 Our main aim is to make our youth Aware of the benefits of using Khadi and to Promote the khadi apparels among the Youth around the World !

Here are some of the benefits of khadi that can help us revive the movement among youth:

Comfortable: Khadi is one type of fabric that can be worn in any weather. It’s warm in the winters and cool in the summers. All you have to do is find out comfortable designs that suit you.

Quality: Khadi is a body-friendly fabric which does not cause any allergies or irritations, unlike other synthetic fabrics.

Unique appeal: Khadi dyes and weaves are done by hand. Each khadi product is different and has a very peculiar style and finish. Wearing khadi products makes you stand out in the crowd and gives you a unique appeal.

Maximum air permeation: The loom used in the making of khadi combines the threads in such a way that allows maximum air to permeate, which is very soothing, especially in summers.

Durability: Khadi products are highly durable and long-lasting, thus defining your fashion sense for an extended period of time.

Eco-friendly: The making of khadi is eco-friendly, as it does not rely on any electric unit and manufacturing processes.

The real handmade khadi made of 100% natural cotton will be costly. One main reason being Khadi is expensive because it demands time, labour and years of expertise of spinners, weavers and tailors. As more and more powered machines come into play, the process becomes faster and less cumbersome leading to mass production. Hence, the prices drop. So, the traditional handmade handloom weavers can’t much compete with these mechanized production units. So, now the availability of real hand woven khadi clothes are very rare in the Indian market. Many of those who promotes some brands as handmade khadi cotton products are also fake and they are not even made of 100% Cotton as well.

We are now closely working with many such handmade handlooms & handicraft societies to promote their age old crafts which are dying day by day. One such society, we recently started promoting in Amazon & Flipkart is shown below and you can have a glimpse of our collections of Men’s Dhoti in below links: