In an Interview given by Serge Godin to BBC, he remembers the event that gave him the drive and determination to succeed in life – watching his father’s sawmill burn down.

He was 17 in Canada at the time, the year was 1966, and as his dad’s business was uninsured, the family lost everything.

One of nine children brought up in rural Quebec, Mr Godin, along with his siblings, suddenly had to earn money to help his parents pay the bills and keep a roof over the family’s heads.

So Mr Godin worked at a supermarket in the evenings after school, and then at a dry cleaner’s on Saturdays.

Ambitious to run his own company, in his 20s he used savings of C$5,000 ($3,800; £3,100) to start a computer business that he called Conseillers en Gestion et Informatique (CGI). In English, this translates as Information Systems and Management Consultants. 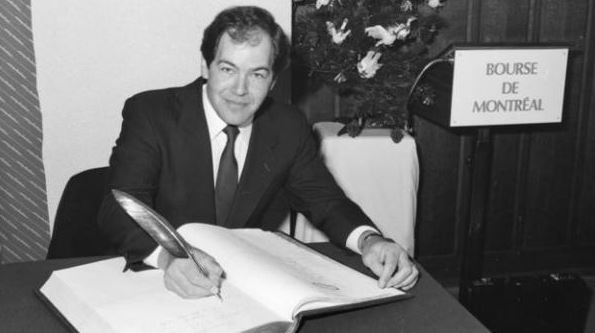 Today CGI Group is a global IT systems giant that enjoys annual revenues of C$10bn, while Mr Godin’s personal fortune is estimated at $1.9bn.

Now 70 years old and the firm’s chairman, he says: “I didn’t want to go back to the situation when we lost everything. That’s probably what prompted me to build CGI.”

After gaining a computer science degree from Laval University in Quebec City, and a few years working for two companies, Mr Godin launched CGI in 1976, when he was 26.

In typical computer industry start-up fashion, he began the business from his garage. After a few months on his own, a friend joined the business, and in its first year, CGI generated revenues of C$138,000.

From that modest start, CGI has grown steadily ever since, fuelled by no fewer than 81 acquisitions, as Mr Godin has continued to follow a policy of ambitious growth.

In the company’s most recent large takeover, it bought its European rival Logica for C$2.7bn in 2012. This more than doubled CGI’s workforce, which rose overnight from 31,000 to 71,000. 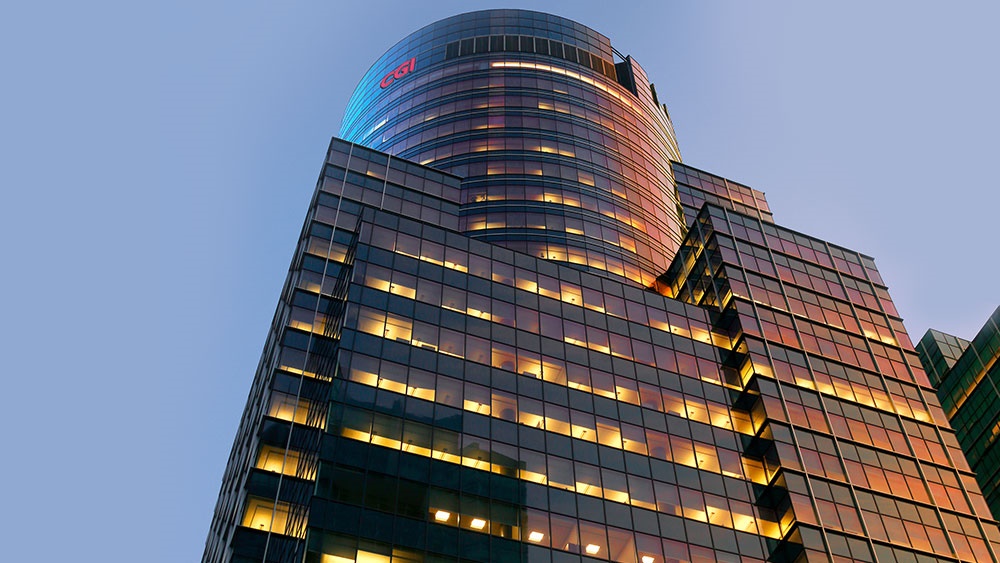 Today its business clients include companies such as miner Rio Tinto, tyre-maker Michelin, airline group Air France-KLM and London’s Heathrow Airport. CGI also does work for 22 of the world’s largest banks, and has no fewer than 2,000 government contracts around the world.

Mr Godin, who reduced his daily workload in 2006 when he switched from chief executive to chairman, says the business has not given up on fast growth.

“We think we can double the size of the company [again] within five to 10 years,” he says.

It hasn’t all been plain sailing for Montreal-based CGI in recent years, however.

Back in 2013, it made headlines for all the wrong reasons, when it was blamed for technical problems that plagued the launch of the US government website where people on low or no income could apply for the new “Obamacare” health insurance.

CGI had a central role in building the website, but Mr Godin said at the time that the company “ended up in the eye of a storm” between the two main US political parties.

Looking back, he says: “We stayed and finished the work.

“We were portrayed by the press as being the system integrator, but we were not. We were one of 52 companies involved in the project.

“We didn’t fight this in the press, because we have a code of ethics and we never criticize our clients.”

While the issue could not have been pleasant at the time, Mr Godin and CGI have always insisted that there was no long-term reputation damage. 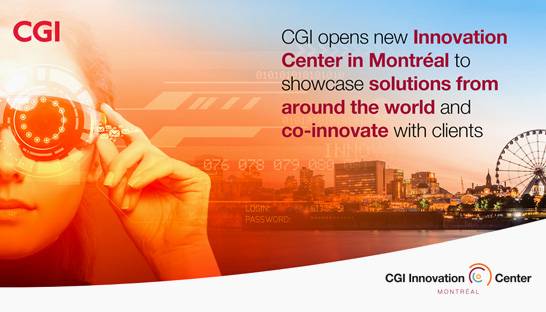 In terms of how CGI is run on a day-to-day basis, Mr Godin says he views it as a big family and that he has to keep everyone happy.

“At CGI we have a dream, and this dream is centered on the core of our business – our people,” he says.

“They are the ones who take the elevator to come to work every day, and we have to make sure they will come back and will like working here.

“As employers, we have rights, but we also have duties towards our employees.”

One way in which CGI tries to look after its staff is encouraging them to become shareholders. And for every share that an employee buys, the company will buy him or her the same amount.

Mr Godin says: “This idea of sharing is important to me, because I come from a big family.”

Robert Young, technology analyst at research group Canaccord Genuity, says: “Serge Godin is well regarded as the builder of a company with a strong culture and customer relationships.

“There is a discipline he has baked into the business that is evident in the strong financial controls, and rigorous approach to [what is known as] the ‘CGI management foundation’ – a set of proven processes and methods that define CGI engagements.” 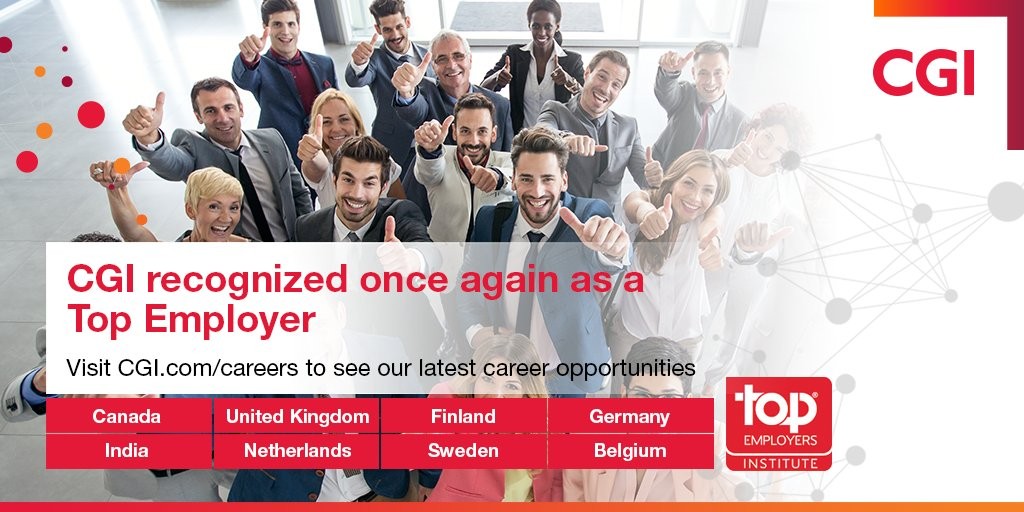 ‘Duty to give back’

When not continuing to help lead CGI, Mr Godin focuses on his charity work.

In 2000, he set up a charitable foundation called Jeunesse-Vie or Youth Life, which aims to help disadvantaged children across Canada through alleviating poverty and improving their education and health. So far, he has given it more than C$60m.

Having already been inducted into the Canadian Business Hall of Fame, last year he was also recognized for his business and charity work when he was made an Officer of the Order of Canada, one of the country’s highest civilian honors.

Mr Godin says: “When you have the chance to have a successful business, it is your duty to give back.”

He adds: “My origins remind me that it is important to help.”

CGI India is committed in supporting the communities in which we live and work during this Pandemic.

CGI donated 130,000 face masks to the Hyderabad Police, continuing our partnership with them in these unprecedented times. 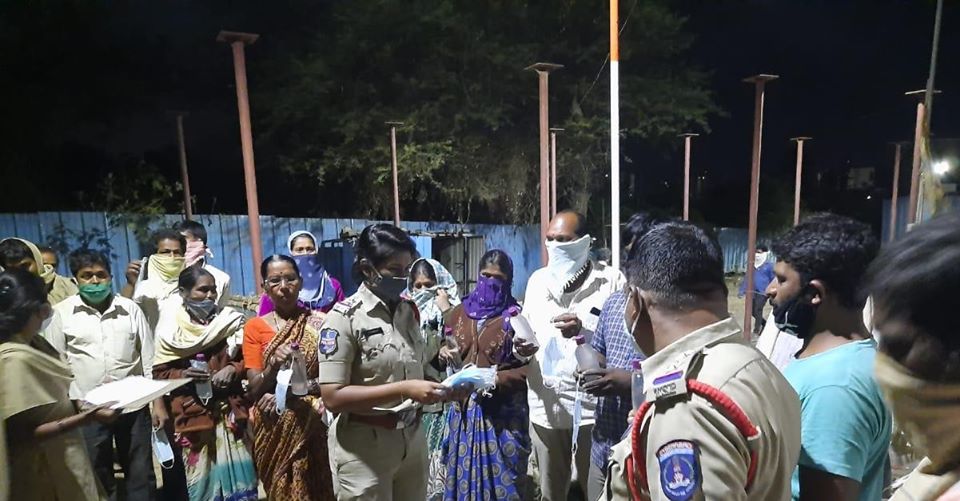 CGI, donates medical equipment to Gandhi Hospital, a designated COVID-19 hospital in Hyderabad as part of its commitment to support communities where we live and work. The donated equipment will aid the government and the hospital in their battle against the pandemic and deliver critical care to COVID-19 patients. 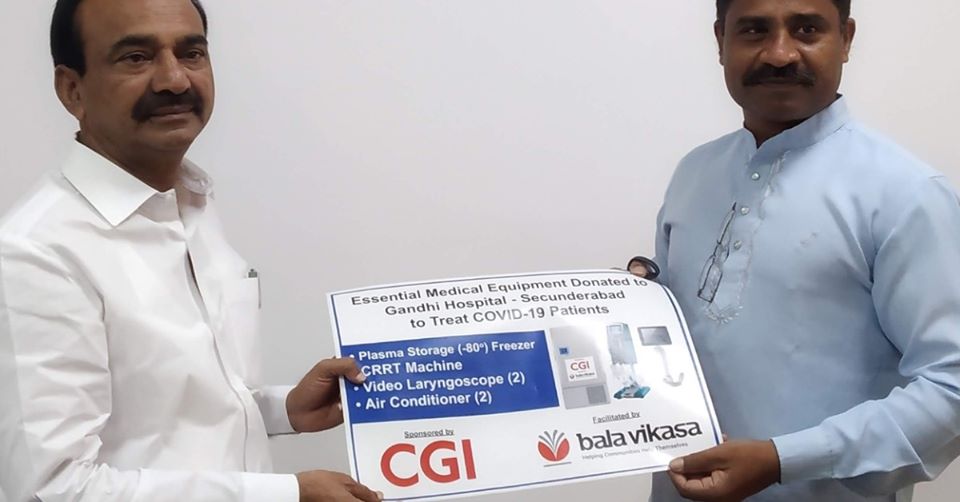 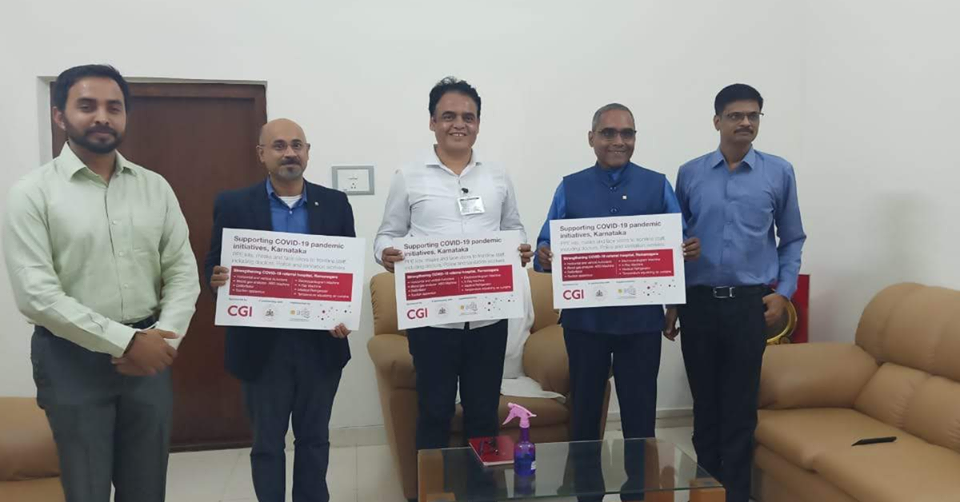 CGI in partnership with GiveIndia is privileged to support 3000 families in Karnataka, Maharashtra, Tamilnadu and Telangana whose livelihood has been impacted by the pandemic. Matching the funds raised by our members, CGI donated essential food and sanitation kits, providing much needed support in the communities where we live and work. 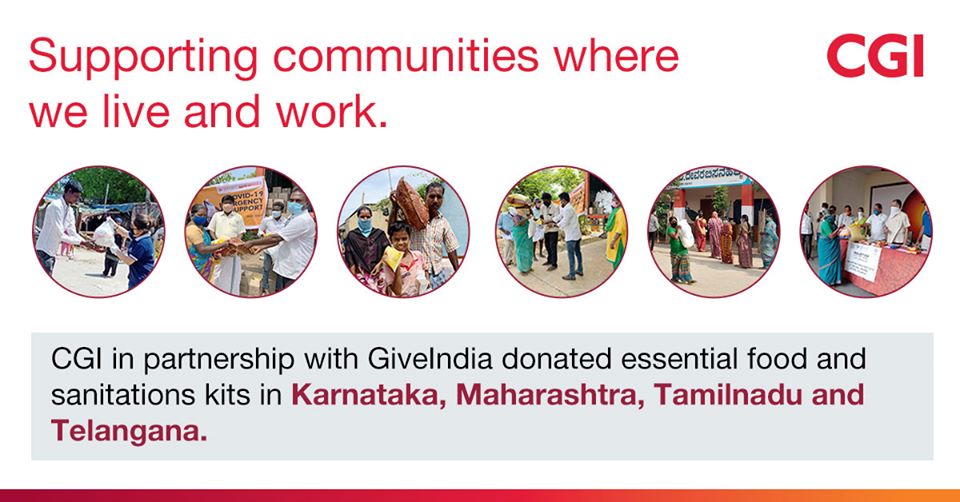 Committed to supporting the frontline personnel in communities where we live and work, CGI partnered with GiveIndia to donate Personnel Protective Equipment kits (PPE) and essential medical supplies to Rajiv Gandhi Hospital and Institute of Child Health and Hospital for Children in Chennai. 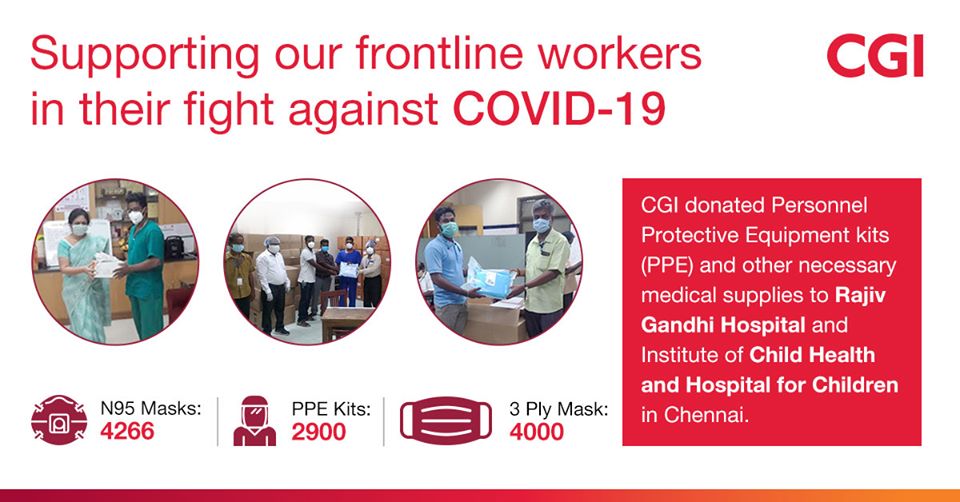 As part of our continuing commitment to support the Karnataka government, CGI donated test kits and critical medical equipment to test, screen and treat COVID-19 patients in the COVID-19 referral hospital at the District Hospital in Ramanagara, India. 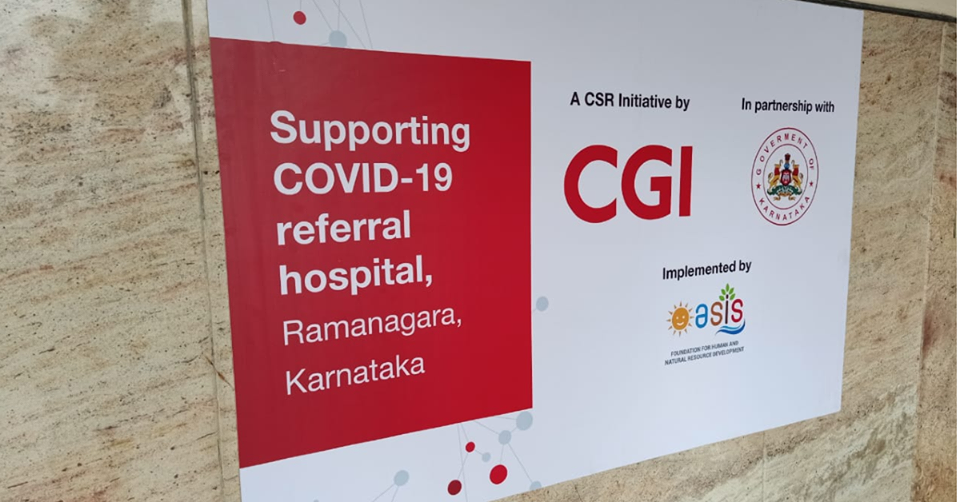 In order to build a more sustainable ecosystem, CGI members and their families planted nearly 8700 saplings this year in Bangalore and Hyderabad to contribute towards an improved and sustainable environment. This World Environment Day, together we made a positive impact to build a sustainable community and ecosystem. 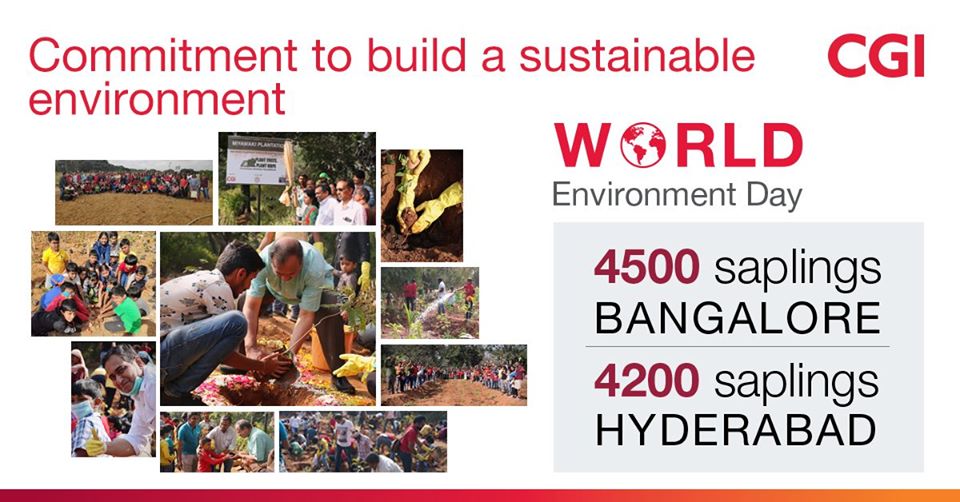